[Help] Anyone ever heard of rocks called "Wizard's tears (or wizard's salt)?

I got these two little rocks at a bar from some guy that straight up looked like stereotypical wizard. Not old, long hair, I think he might have even been in some sort of robe or some kind of wizardy looking outfit. I can't remember for sure though as it happened 2 years ago and I was totally out of sorts and I think very stoned on weed.

It was my 40th birthday, after a very failed birthday party that I threw for myself. This dude was just sitting at the bar of the restaurant a friend took me to. He straight up just turned to me, said a few words and sounded like he knew how shitty my night was going and offered me these stones and called them either or both of what I mentioned in the subject line. I took them and didn't ask any questions because I was in a bit of shock and walked away.

A lot of the shock was from having an experience the year before where I was at a spiritual gathering and feeling and maybe seeing what I thought was a ton of magic happening and me getting the feeling that my tears ARE actually a huge part of my power. (Not that crying in front of people gives me power, more of that crying and accepting my sadness gives me power) 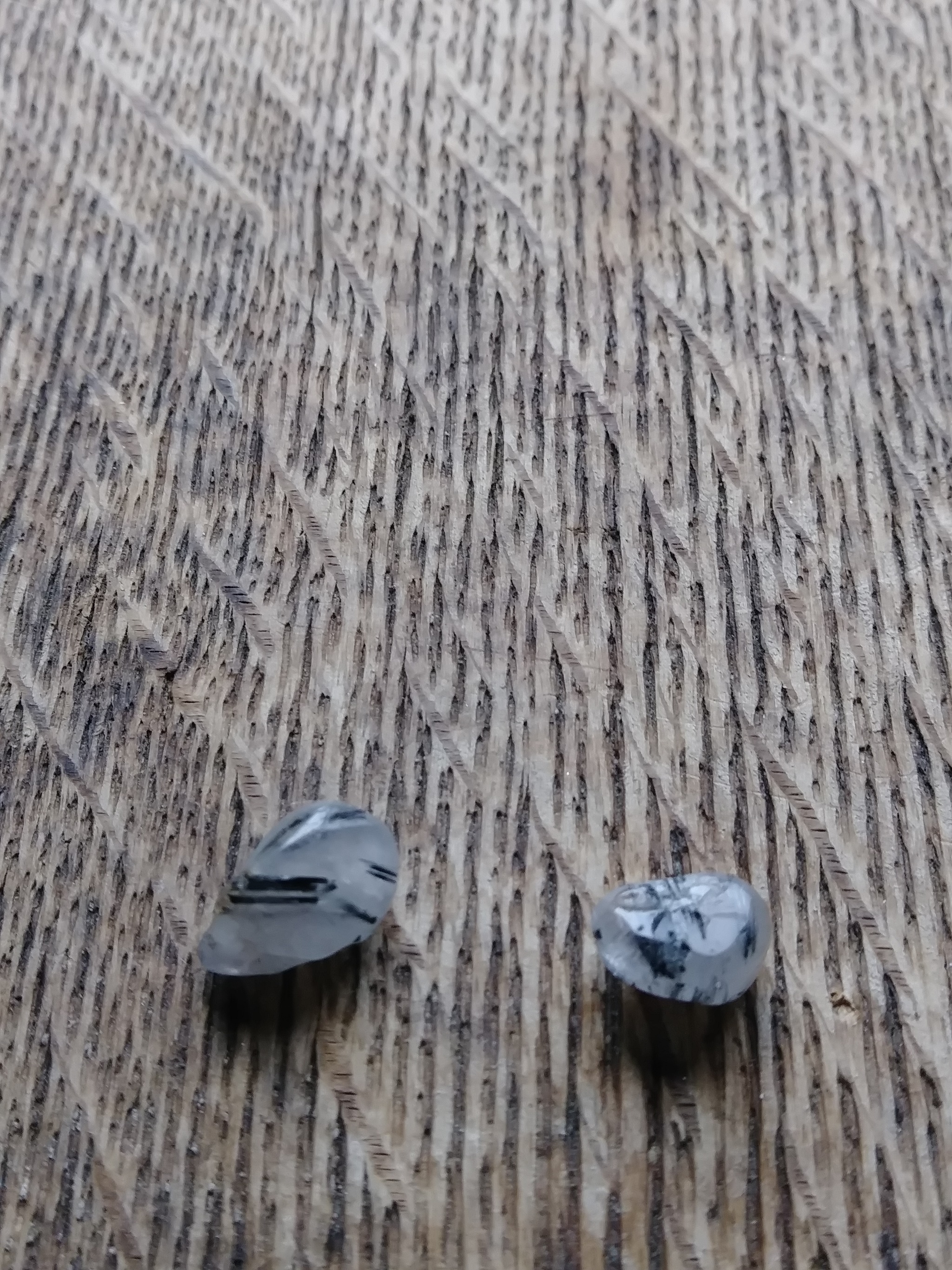 Perhaps the guy just made that up.

What you have pictured here is called Tourmalinated Quartz.

There are some connections with occult/witchcraft/spirit healing etc etc, but not sure how much is new age nonsense.

Here's info from Cunningham regarding Tourmaline and to a lesser extent, Tourmalinated (or as he says Tourmalated) Quartz:

Magical Uses:
Tourmaline was unknown to ancient magicians and is today still
little used in magic, though...
Click to expand...

Sort by date Sort by votes

Glorious Light of Knowledge and Power

Perhaps the guy just made that up.

What you have pictured here is called Tourmalinated Quartz.

There are some connections with occult/witchcraft/spirit healing etc etc, but not sure how much is new age nonsense.

Here's info from Cunningham regarding Tourmaline and to a lesser extent, Tourmalinated (or as he says Tourmalated) Quartz:

Magical Uses:
Tourmaline was unknown to ancient magicians and is today still
little used in magic, though its popularity is increasing.

Tourmaline is a unique stone in many ways. It is transparent
when viewed from the side of the crystal, opaque, from either end.
When heated or rubbed to create friction, it polarizes; that is, one end
will become positive and attract ashes or light straws, the other,
negative.

The stone is found in a variety of colors, each with its own magical
attributes. Some crystals possess two or three hues.

Red Tourmaline (Rubellite): (Energy: Projective, Planet: Mars, Element:
Fire) Rubellite, or red tourmaline, is worn to lend energy to the
body. It is also used in protective rituals. Worn, it promotes courage
and strengthens the will.

Green Tourmaline: (Energy: Receptive, Planet: Venus, Element:
Earth) This stone is used to draw money and success in business.
Place one in a piggy bank or coin purse. Green tourmaline is also
worn to stimulate creativity.

Black Tourmaline (Schorl): (Energy: Receptive, Planet: Saturn, Element:
Earth) Usually too brittle for jewelry, black tourmaline is seldom
commercially available. It is used for grounding purposes and to represent
the Earth in spells relating to that element. It is also protective,
for it absorbs negativity when charged for that purpose via visualization.

Watermelon Tourmaline: (Energies: Projective, Receptive; Planets:
Mars, Venus; Elements: Fire, Water) Watermelon tourmaline consists
of an interior of red or pink tourmaline encased in green tourmaline.
A broken or sliced watermelon tourmaline looks much like the fruit
for which it is named. This stone is worn to balance the projective and
receptive (male and female) energies within the body. It is also a loveattracting
stone and works best for this purpose when used by balanced
persons.

Tourmalated Quartz: (Energy: Receptive, Planet: Pluto) Wear or
place beneath the pillow to promote astral projection. Or, obtain a
sphere of tourmalated quartz and, gazing at it, still your mind and project
your astral body into the crystal.
Click to expand...

There is obvious heart pain in the left stone and to a lesser extent in the right stone.

It seems to be your own pain.

Do some experiments to test my proposition
Upvote -1 Downvote